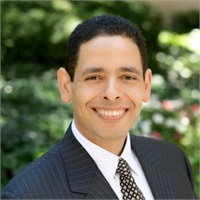 For more than three decades David has been an award-winning leader, author. trainer and recruiter. Receiving numerous awards such as New York Life’s Partner of the Year, Gathering of Eagles Award, Excellence in Recruiting, Ring of Honor, Penn Mutual’s Award of Excellence, and Modern Woodmen of America’s District Manager Round Table. As a leader he was a multiple recipient both for the International Frontline Leader Award and the International Management Award-Platinum.

David has been a dedicated servant of the life financial industry having served as president of National Association of Insurance & Financial Advisors in Dallas, St. Louis & Orlando chapters. He also taught as LUTC Moderator for many years and served as LUTC Director for North Texas. In his role as Continuing Education Chair for NAIFA-Dallas, David founded the popular regional education event Race for CE, now in its 15th consecutive year.

In 2008 David, was named NAIFA-Dallas Advisor of the Year for his dedication to the industry and its advisors.

Through the systems he has developed in marketing and training, he has helped hundreds of people build meaningful careers in the financial industry. David’s systems are now used in agencies across America.

David’s article titled “Priority Management for Advisors” was the recipient of the GAMA Editor’s Choice Award in 2010. His article, “Lead Factory,” was featured in the January 2012 edition of GAMA International Journal. David continues to write and speak on various local and national platforms.

David and his wife, Christine, have 6 children collectively and 3 grandchildren. They enjoy time together in their hobby of collecting antiques, records, and art.